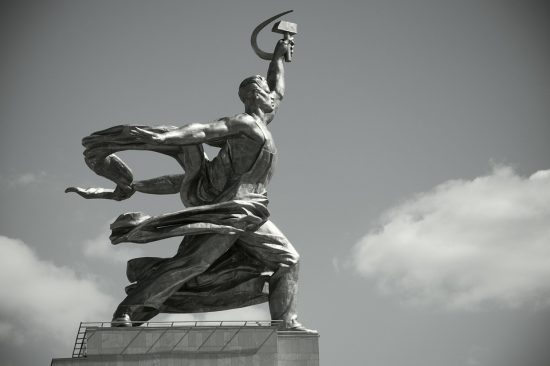 So many wars have been fought to curb the spread of communism. So many lives have been wasted. But after the fall of the Soviet Union, the West declared victory over communism. But is it really the end of this ideology? Or is it still alive today?

Two of the most defining moments of the 20th century were the collapse of communism and the end of apartheid. The former did not really fade away, however. If we look at the world today, there are still countries that are communist in name—just take North Korea and Vietnam, for example. China, the emerging giant, is also ruled by a communist party. In Russia, the second most successful party represented in the duma is the Communist Party. The armed struggle to spread communism might be over, but the ideology is still alive.

For a country like Cuba, communism still plays a central role in the lives of the ordinary people. The ideology is still mandatory to learn in schools. There is a universal healthcare and free education. In fact, Cuba is one of the countries in the world with the most ideal healthcare program. If one looks everywhere, there are no advertising billboards beyond store signs. But there are political messages that encourage the cultivation of the Cuban Revolution and the dignity of the Cubans. Although it is certainly much safer than other Latin American countries when it comes to drugs and crimes, the individual liberty suffers.

On the other hand, China is communist in name but many of its practices are hallmarks of capitalism. The growth of the economy in the past decades is unprecedented. They spread their influence through their economy. Most of the companies in China are state owned. Censorship is also rampant. The Communist Party still oversees the country’s government, military, and court system.

In other parts of the world, like Greece and Spain, there is a resurgence in communist ideas. Many socialist parties are gaining ground in the last years. It may be partly because of the economic repercussions of the 2008 financial crisis that made them seek viable alternatives to ever-increasing austerity and social decay.

Although the underlying ideals of communism might be promising for many, there are aspects that make it disadvantageous to the common citizen. For one, freedom to express one’s self is limited. There are usually no elections, and political discourse is limited. While communism is based on common ownership and all about equality and fairness, democracy’s power is in the hands of the people.

Communism is brought to the surface to combat capitalism. It aims for a classless, egalitarian, and stateless society. While the idea behind it is commendable, the problems arise from its implementation. There will always be a never-ending debate. What is better, communism or democracy?

That question is yet to be answered.

Dennis J. Ottley is the author of REMEMBERING: (Korea: 1950–1953). The book remembers one of the bloodiest wars in American history. For questions and discussions, connect with him through Facebook, Twitter, and Goodreads.