Capitalism and Socialism: Competition vs. Equality

Can capitalism and equality exist together in harmony? 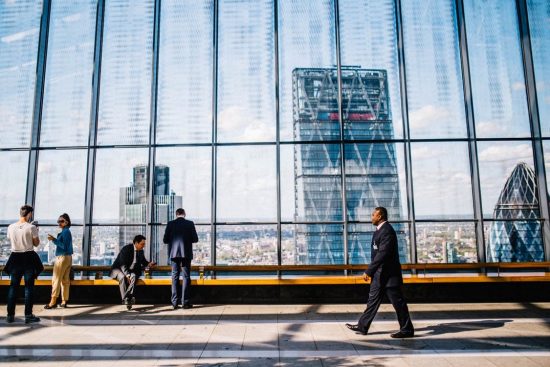 It is not from the benevolence of the butcher, the brewer, or the baker that we expect our dinner, but from their regard to their own interest.
—Adam Smith, Father of Modern Economics, 18th century Philosopher

What is capitalism? According to Adam Smith, both parties in a capitalist system, the buyer and the seller, act in a voluntary transaction to achieve the outcome that serves their self-interest. However, both parties cannot obtain what they want without delivering the needs of the other.

In definition, capitalism is an economic system where properties can be controlled and owned by private sectors to suit their interest, which is to gain profits, while the demand and supply of goods and services set the market prices to serve the interest of the society.

Most economies in the world today follow a capitalistic form. A capitalist economy is formed by six important pillars. The level or the scope of how these pillars function determines the form of capitalism.

1) Property (privately owned). A capitalist economy allows individuals and/or private sectors to own assets, whether tangible (land, cars, houses) or intangible (stocks, shares, bonds).
2) Self-Interest. Individuals can pursue their own interest without sociopolitical pressure. However, these individuals and their independent self-interest will somehow benefit society as if guided by what Adam Smith called the “invisible hand” in his 1776 book—Wealth of Nation.
3) Competition. Because entities have freedom to enter and exit into any market, competition is always present in a capitalist economy. Through competition the welfare of both the sellers and buyers are maximized.
4) Mechanism. The interactions between buyers and sellers determine the prices and at the same time the allocation of goods including wages.
5) Freedom. Customers can freely choose which products to consume, investors and businesses can venture into businesses that they want, and workers can leave jobs for higher paying ones.
6) Limiting government’s role. The government makes regulations to ensure the protection of the rights of both the buyers and sellers.

In most countries today, the economic system used is called mixed economies. This is a system where government and markets play a role in the economy. Mostly, the government plays a limited role. The government passes regulations and laws to correct market failures and promote social welfare.

Scholars theorize that socialism developed from capitalism. It rose to prominence to improve the flaws found in a capitalist economic system. Socialism provides a direct line between citizens and goods. Instead of capitalists or private sectors owning the factories of production, the government owns them. This in turn results in the government collecting the profit instead of just businesses taxes.
Pros and Cons

Proponents of both systems have continually argued which economic system is better. Both have their advantages and disadvantages. Capitalism makes sure that an economy will produce the best products and that these are priced reasonably. As sellers in this system aim to maximize profit, they will find ways to make production efficient and cost low. And because the buyers are willing to pay for the services and products that they need.

However, capitalism does not account for external factors such as pollution. Also, capitalism encourages competition, thus, people who lack skills to compete are left behind especially the elderly, children, and the likes. Capitalism and equality of opportunity does not necessarily go together.

Meanwhile, socialism’s main goal is not profit. A socialist economy, in theory, aims to further the welfare of the people. While the supply and demand dictates the prices of goods in a capitalist economy, in a socialist one, a central planning organization regulates and decides the prices, which products to produce, and where to distribute them.

Yet, even if socialism promotes equality and the welfare of everyone, there are still some demerits, such as the elimination of individualism in society, no economic and political freedom, and no economic equality. Consumers suffer from substandard goods and services; they are not even free to decide which ones to buy as the government will be the one to do that for them.

So far, a perfect economic system has not yet been discovered. Most developed countries in the world employ a mixture of both capitalist and socialist economy. Economists and scholars argue that these mixed economic models are the best the world has for now.

If you would like to read more about Korea, grab a copy of my book, Remembering (Korea:1950–1953). It delves into the Korean War as well as the reasoning behind the conflict. I am also on Facebook, Twitter, and Goodreads. I would love to hear all your thoughts about Korea.