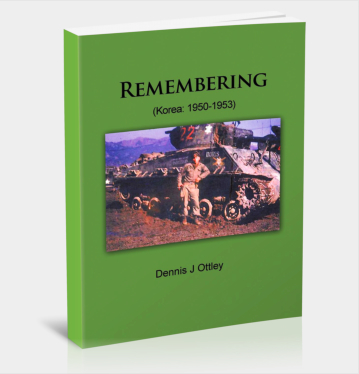 It was the month of June 1950, when the 141st Tank Battalion of the Wyoming National Guard was on summer guard camp for two weeks at Camp Carson, CO (now known as Fort Carson). Carson was located just south of Colorado Springs, CO. It was a hot and dry summer and grass fires were igniting all over the place, on camp and off camp. We were interrupted from our usual training to assist in fighting the fires. Therefore, after a week or so training with our tanks, we ended up the last few days.

While at summer camp, the battalion was attached to the 5th Army, which was based at Carson. We remained with the 5th until the 141st tankers were activated in September.

I had joined the guard in November of 1949, mainly because most of my friends had joined and, now, I was at guard camp, training to be a tanker and apparently a firefighter. On about June 22, we completed our summer camp and headed for home.

We were back in Evanston, WY, just a few days before the announcement that North Korea had invaded South Korea. Plus, the announcement that the United States of America would be going to war in support of South Korea. Someone made the statement, “If we had been in Carson a few days longer, or if the North had invaded the South a little sooner, we probably wouldn’t have left Carson; we might have been activated right then and there.”

At this time, we had no way of knowing how this was going to affect the 141st Tank Battalion, but we knew one way or the other we would be going in the service. If not as a unit, we would probably be drafted separately unless we chose to join. At this time, the draft was active and going strong.

A few weeks later, we got the news that the battalion would be activated and called to duty on September 11, 1950, at which time our unit would be leaving soon for active duty and would be stationed at Camp Campbell, KY. Camp Campbell (now known as Fort Campbell) is located in southwestern Kentucky and northwestern Tennessee on the border between Clarksville, TN, and Hopkinsville (we called it “Hiptown”), KY.

My wife, Sandy, and I had planned to be married on July 26, but after hearing that the guard had gotten orders for active duty, we discussed holding back our plans to be married until I got discharged; but after a lot of thought and discussion, it was decided that we would keep our plans and go ahead and get married. So, we got married as planned on July 26, 1950.

On the day before we left for Campbell, Sandy and I were driving toward town when I, being silly and singing “Mona Lisa” with Sandy sitting next to me, we came to an intersection. Not paying attention to what I was doing, I ran into another car totaling our car completely.