The revolutionary history of North Korea 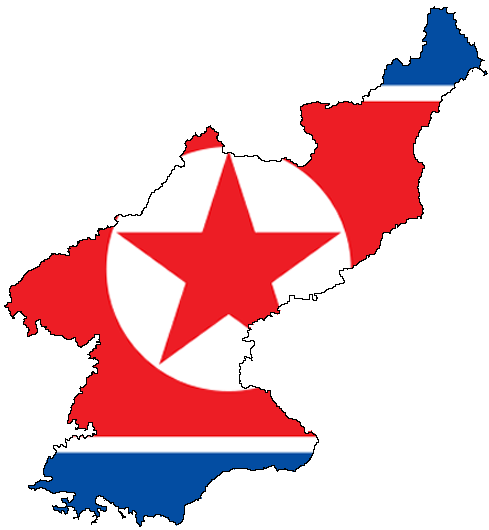 A vast land located at the northern half of the Korean Peninsula, concealing itself from the rest of the world, North Korea has come a long way since it separation from its brother, South Korea. The history of North Korea dates to 668 AD when the first Korean people were united under the Silla Dynasty, developing their own culture and civilization.

In 1910, Korea was colonized by Japan, ending the Chosun Dynasty. The Japanese ruled over Korea for over 35 years. Men were forced to work in wartime factories for the Japanese, and women became comfort women for Japanese Soldiers. Korea and China formed resistance group, and after the surrender of the Japanese in 1945, the great separation happened, which was supposedly temporary.

However, the Cold War emerged, and peace between the two states was no longer possible.

By 1948, both sides of the North-South divide were controlled by the United States of America and the Soviet Union respectively after World War II. This division followed a rule called the 38th Parallel (a circle of latitude that is 38 degrees north of the Earth’s equatorial plane) that divided Pyongyang and Seoul.

Upon the split, the USSR aided North Korea, and the USA aided South Korea, both of whom appointed leaders supporting their own causes. Kim II Sung was made the first premier of the DPRK (Democratic People’s Republic of Korea). Kim II Sung’s vision of reunifying Korea by military force, which was backed by the Soviet Union and China, sparked the war. The Korean War was pivotal in 20th-century politics. The war was the start of tension between America and North Korea.

When the invasion began, the United States helped South Korea, and the United Nations resolved, the invasion was a “breach of the peace.”  It was a war in which 1.6 million American troops took part, taking the lives of 4 million human beings. And yet to President Truman, it was not a war but a “police action” against communism. The bombings wrecked Pyongyang and reduced the population by 10 percent.  The 3-year war ended as both sides signed an armistice in July 27, 1953.

The war is over, but up to this day, a heavily guarded demilitarized zone separates North and South. And today, North Korea continues its nuclear program in secrecy, threatening international security. Other facts about North Korea are still kept confidential, but the truth remains: the ongoing tension between DPRK and USA, if left unresolved, may lead to a war in which everybody has to take part.

Dennis J. Ottley is the author of Remembering (Korea: 1950–1953). Those who are interested to learn more about the Korean War and its effect to the American war veterans will find this book interesting. For questions and discussions, connect with him through Facebook, Twitter, and Goodreads.